As Tears of the Divine inches ever closer to being released (apologies for my Rothfuss/Martin level tardiness), please enjoy a new page of character lore, Oswin Zalltor, Duke of Georgeton and one of the antagonists in Slaves of the Horned God.

Also, check out the new character portraits for King Alusine the Great and Beran Genio.

Unfortunately, despite my best efforts editing on The Tears of the Divine is not yet finished. My plan to have it released during 2020 did not see fruition, which, as you can imagine, is not completely surprising considering the sort of year we had.

The good news is that work is still progressing on it and it should be completed soon!

This year will see the release of The Tears of the Divine, the final entry in the Ap’Lydin Chronicles.

Below you can see the cover and read the blurb.

On the heels of the fugitive spellweaver Ivellios, Polnygar Ap’Lydin and her companions reach Skurj, a frozen land of ancient hatreds and hidden blasphemies.  Allies are thin on the ground, and Polnygar must contend with the array of foes that Ivellios has pitted against her.

In distant Emparia, Polnygar’s brother Bellaydin has achieved rank and power after the Goriinchian war, but dark shadows from the Ap’Lydins’ past threaten the present. The Horned God’s powers are on the rise as a new army sets out, intent on conquest.

The stakes have never been higher, and Bellaydin and Polnygar’s enemies are after one thing – the Tears of the Divine. But what powers does this relic hold? And why do the Horned God’s followers seek it so desperately?

Find it on Kindle here. Other formats will be out soon, so check this page later for updates!

Read on about Baron Sterry,  captain of the great and glorious fleet of discovery, and character in The Errant Princess. 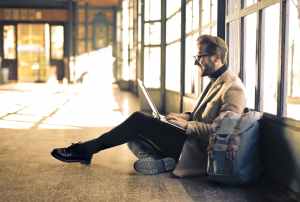 Yes, finally an update on how things are going.

First off, sorry for the many delays. Things have been hectic.

Here, however is the good news.

The Errant Princess is almost done, and will see release in August of this year.

The Tears of the Divine, the conclusion of the series, should follow on shortly after, either in late 2019 and early 2020. Thanks for bearing with the delay, and never fear, we are almost at release day!

I will post again shortly with a cover reveal for The Tears of the Divine.

The recent fracas in the Young Adult Fiction community over Amelie Zhao and her debut novel The Blood Heir (said fracas summarised here for those who are unfamiliar with it), got me thinking about the strangest review I ever received.

(It needs to be said that this person was 100% polite and so I have not named them nor linked to them – the review was never posted online anyway  – since I bear no animus against them, they’re entitled to their opinion, after all.)

So most of the time when you send your work off to someone for a review you brace yourself for some negative criticism (justified or otherwise), and usually prepared for comments on writing quality, believability/likeability of the characters and general comments on the writing pace or plot).

But not this one time for me. No, the comment on The Heirs of Lydin was in relation to how it might cause harm to indigenous people. How you might ask?

Well, it was clear from the text that the Goriinchians were indigenous, they were the villains and they were called barbarians by other characters.

I was then asked if I would like to retract my novel and revise it. I refused (which I think surprised the reviewer) and instead offered to withdraw my book from review consideration anyway.

All in all, a bizarre experience, leading me to believe American reviewers seem to review all texts with a strange American cultural bias. (All indigenous characters are oppressed, all people using the term “barbarian” are oppressors).

So a word of advice: be careful when drawing parallels when the author never intended them, especially if said parallel is more likely a product of your own background and beliefs. Sometimes an elf is just an elf…

(Picture of Ivellios, who uses “barbarian” more than anyone)

Sorry for the lack of updates, but due to other issues, unfortunately, The Errant Princess will not be coming out as planned in 2018. It will be out 2019 – as early as I can get it done. The Tears of the Divine is still scheduled for 2019, in the latter part of the year, so I will keep you all updated as we get closer.

After her previous review of The Grey Mage, Esme of The Weatherwax Report has reviewed The Heirs of Lydin and given it a 75/100 score.

“All in all, I feel like this was an improvement from Grey Mage and I really liked seeing Aelzander again – I liked him a lot in the first series.”

See here for the full review.

The first draft of The Errant Princess is now complete. Now comes the revising…